#MilitantFactionsQuotes 29: Perhaps the Holloway Hemingway tag was a bit tongue in cheek 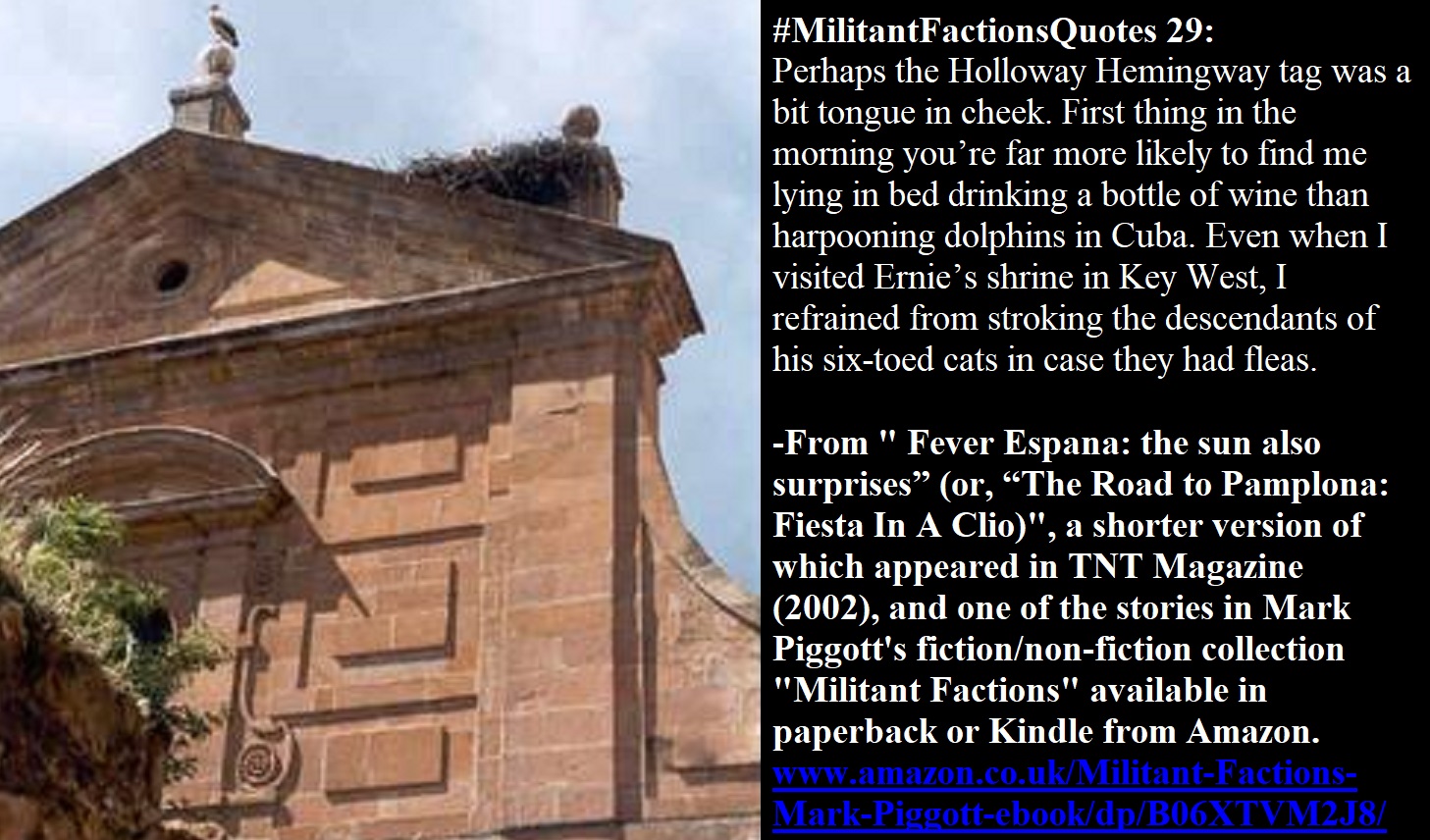 Perhaps the Holloway Hemingway tag was a bit tongue in cheek. First thing in the morning you’re far more likely to find me lying in bed drinking a bottle of wine than harpooning dolphins in Cuba. Even when I visited Ernie’s shrine in Key West, I refrained from stroking the descendants of his six-toed cats in case they had fleas.

-From " Fever Espana: the sun also surprises” (or, “The Road to Pamplona: Fiesta In A Clio)", a shorter version of which appeared in TNT Magazine (2002), and one of the stories in Mark Piggott's fiction/non-fiction collection "Militant Factions" available in paperback or Kindle from Amazon.