#MilitantFactionsQuotes 18: "You know you won't have time to read. You never do" 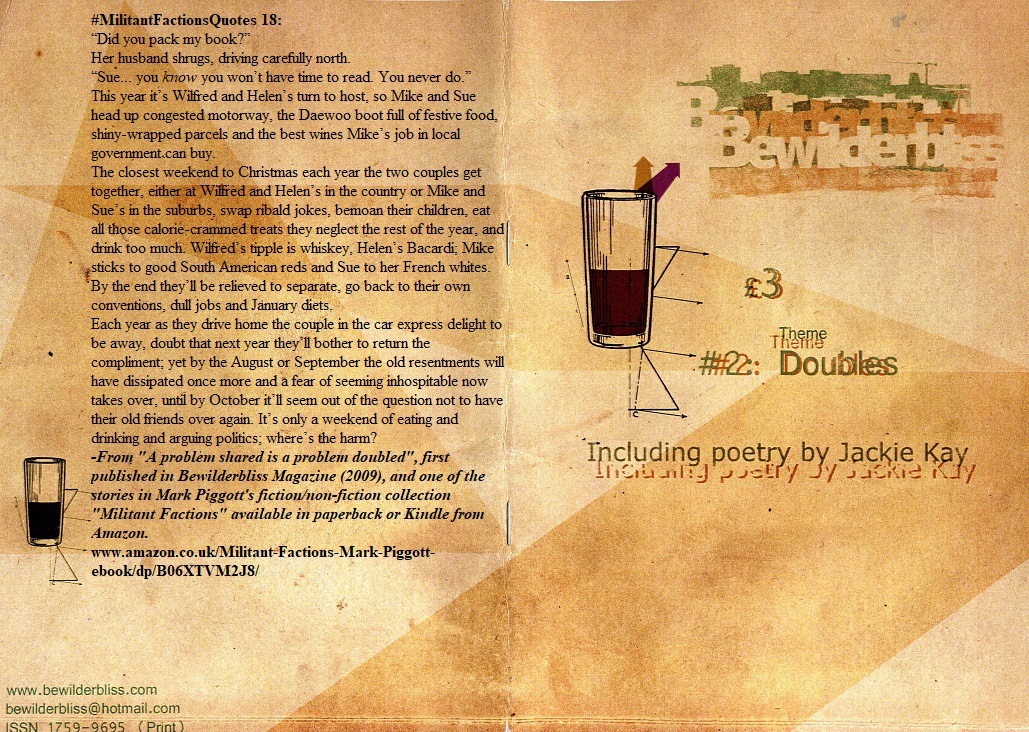 This year it’s Wilfred and Helen’s turn to host, so Mike and Sue head up congested motorway, the Daewoo boot full of festive food, shiny-wrapped parcels and the best wines Mike’s job in local government can buy.

The closest weekend to Christmas each year the two couples get together, either at Wilfred and Helen’s in the country or Mike and Sue’s in the suburbs, swap ribald jokes, bemoan their children, eat all those calorie-crammed treats they neglect the rest of the year, and drink too much. Wilfred’s tipple is whiskey, Helen’s Bacardi; Mike sticks to good South American reds and Sue to her French whites. By the end they’ll be relieved to separate, go back to their own conventions, dull jobs and January diets.

Each year as they drive home the couple in the car express delight to be away, doubt that next year they’ll bother to return the compliment; yet by the August or September the old resentments will have dissipated once more and a fear of seeming inhospitable now takes over, until by October it’ll seem out of the question not to have their old friends over again. It’s only a weekend of eating and drinking and arguing politics; where’s the harm?

-From "A problem shared is a problem doubled", first published in Bewilderbliss Magazine (2009), and one of the stories in Mark Piggott's fiction/non-fiction collection "Militant Factions" available in paperback or Kindle from Amazon.