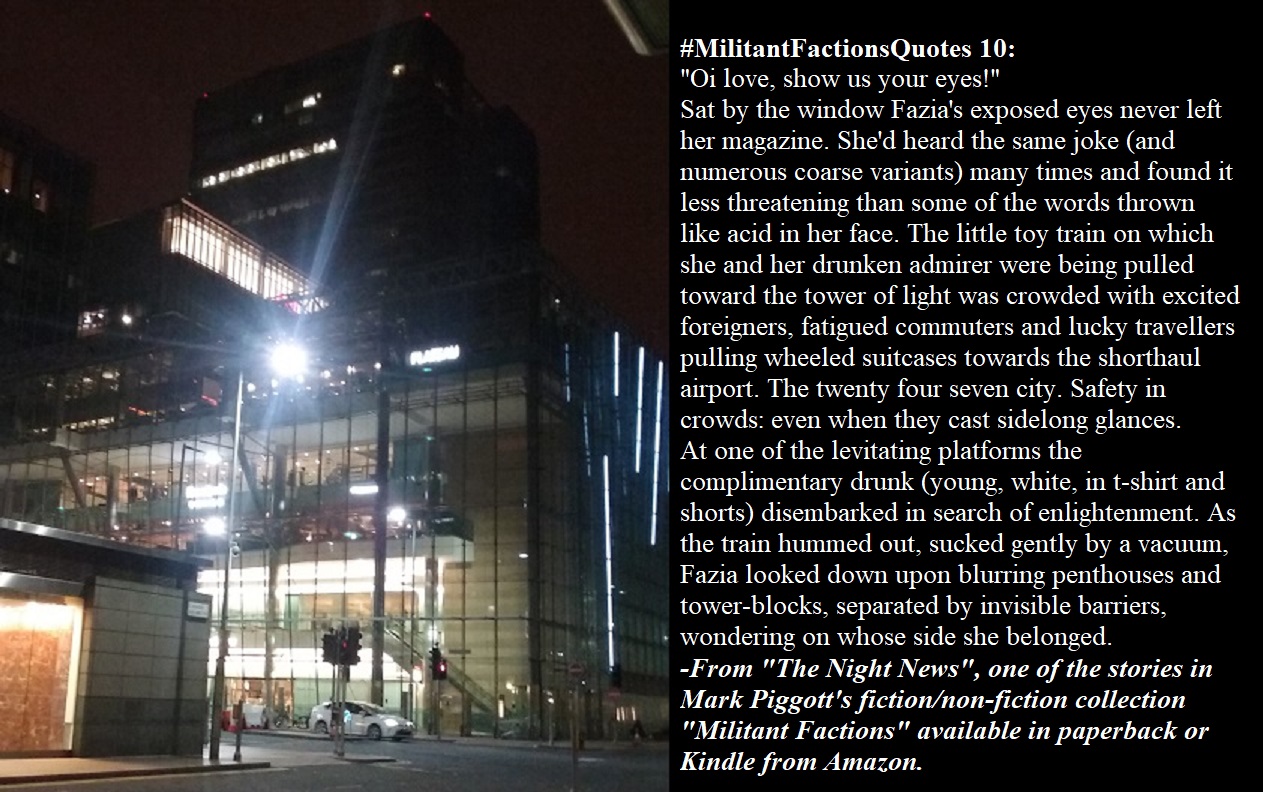 Sat by the window Fazia's exposed eyes never left her magazine. She'd heard the same joke (and numerous coarse variants) many times and found it less threatening than some of the words thrown like acid in her face. The little toy train on which she and her drunken admirer were being pulled toward the tower of light was crowded with excited foreigners, fatigued commuters and lucky travellers pulling wheeled suitcases towards the shorthaul airport. The twenty four seven city. Safety in crowds: even when they cast sidelong glances.

At one of the levitating platforms the complimentary drunk (young, white, in t-shirt and shorts) disembarked in search of enlightenment. As the train hummed out, sucked gently by a vacuum, Fazia looked down upon blurring penthouses and tower-blocks, separated by invisible barriers, wondering on whose side she belonged.

-From "The Night News", one of the stories in Mark Piggott's fiction/non-fiction collection "Militant Factions" available in paperback or Kindle from Amazon.