#MilitantFactionsQuotes 69: On a long straight section of road he inspected his map 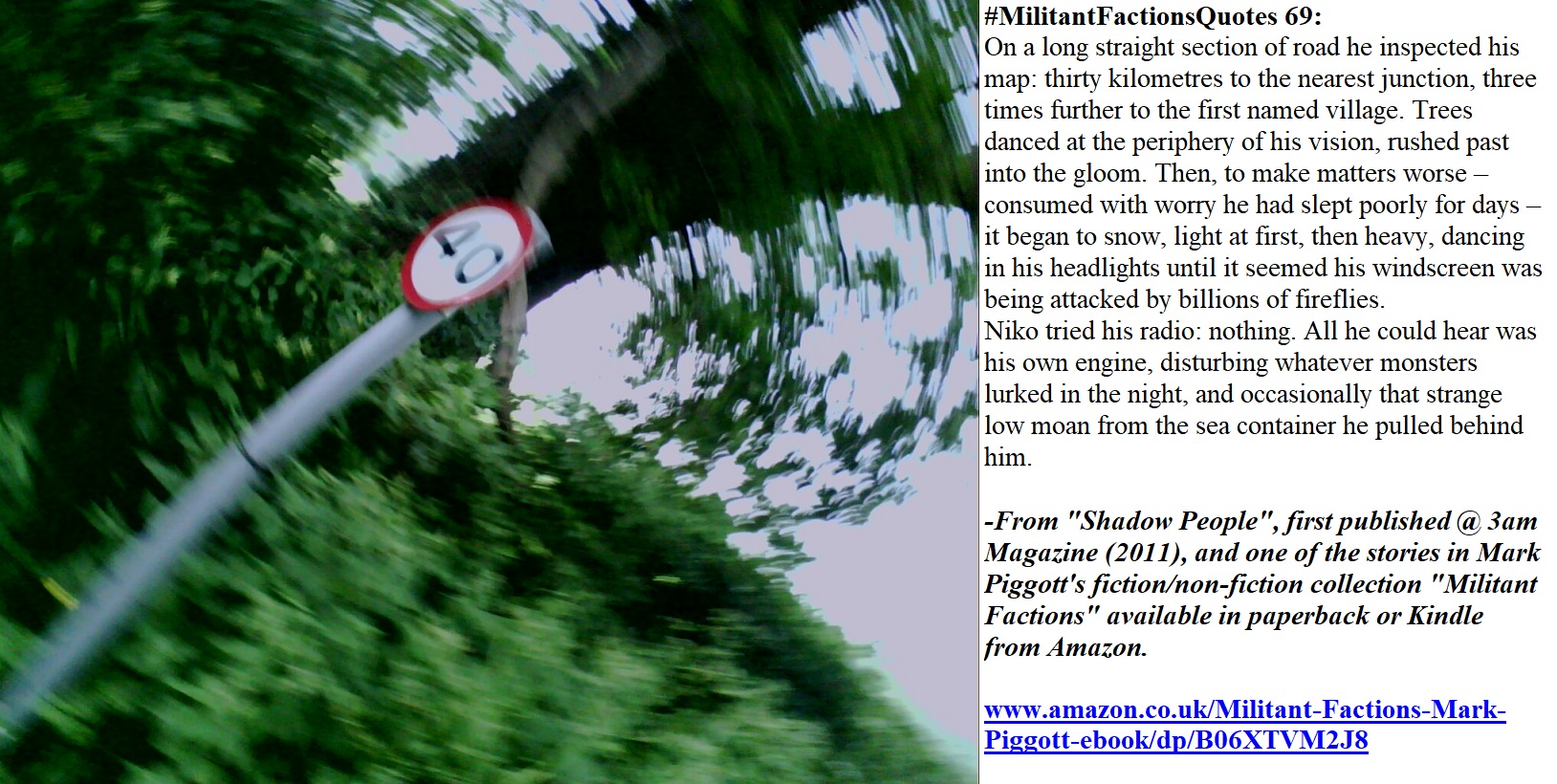 On a long straight section of road he inspected his map: thirty kilometres to the nearest junction, three times further to the first named village. Trees danced at the periphery of his vision, rushed past into the gloom. Then, to make matters worse – consumed with worry he had slept poorly for days – it began to snow, light at first, then heavy, dancing in his headlights until it seemed his windscreen was being attacked by billions of fireflies.

Niko tried his radio: nothing. All he could hear was his own engine, disturbing whatever monsters lurked in the night, and occasionally that strange low moan from the sea container he pulled behind him.

-From "Shadow People", first published @ 3am Magazine (2011), and one of the stories in Mark Piggott's fiction/non-fiction collection "Militant Factions" available in paperback or Kindle from Amazon.