#MilitantFactionsQuotes 46: Maddox's idea was, he felt, more worthy: he wished to bury himself alive 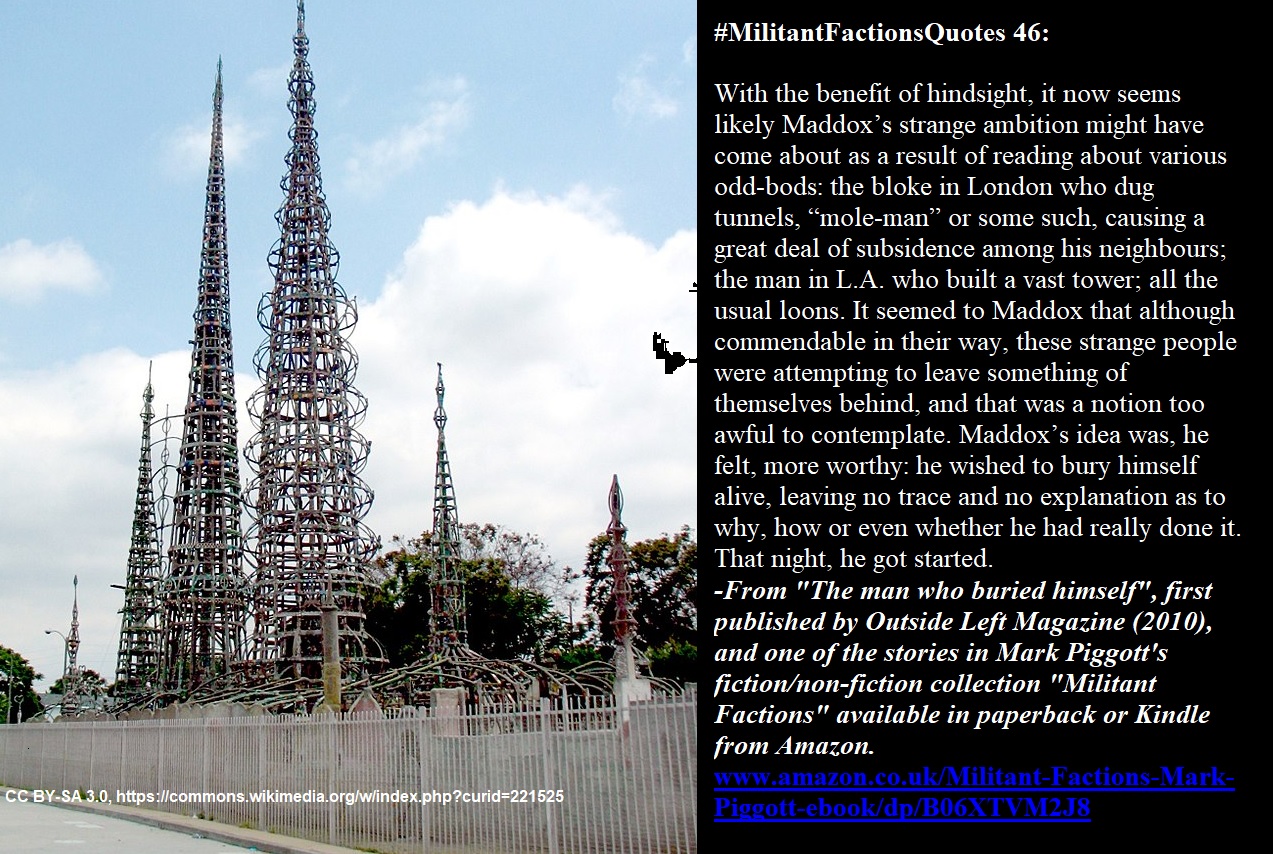 With the benefit of hindsight, it now seems likely Maddox’s strange ambition might have come about as a result of reading about various odd-bods: the bloke in London who dug tunnels, “mole-man” or some such, causing a great deal of subsidence among his neighbours; the man in L.A. who built a vast tower; all the usual loons. It seemed to Maddox that although commendable in their way, these strange people were attempting to leave something of themselves behind, and that was a notion too awful to contemplate. Maddox’s idea was, he felt, more worthy: he wished to bury himself alive, leaving no trace and no explanation as to why, how or even whether he had really done it.

That night, he got started.