#MilitantFactionsQuotes 16: "So, Maddox," said the Beard, "how about you - any plans?" 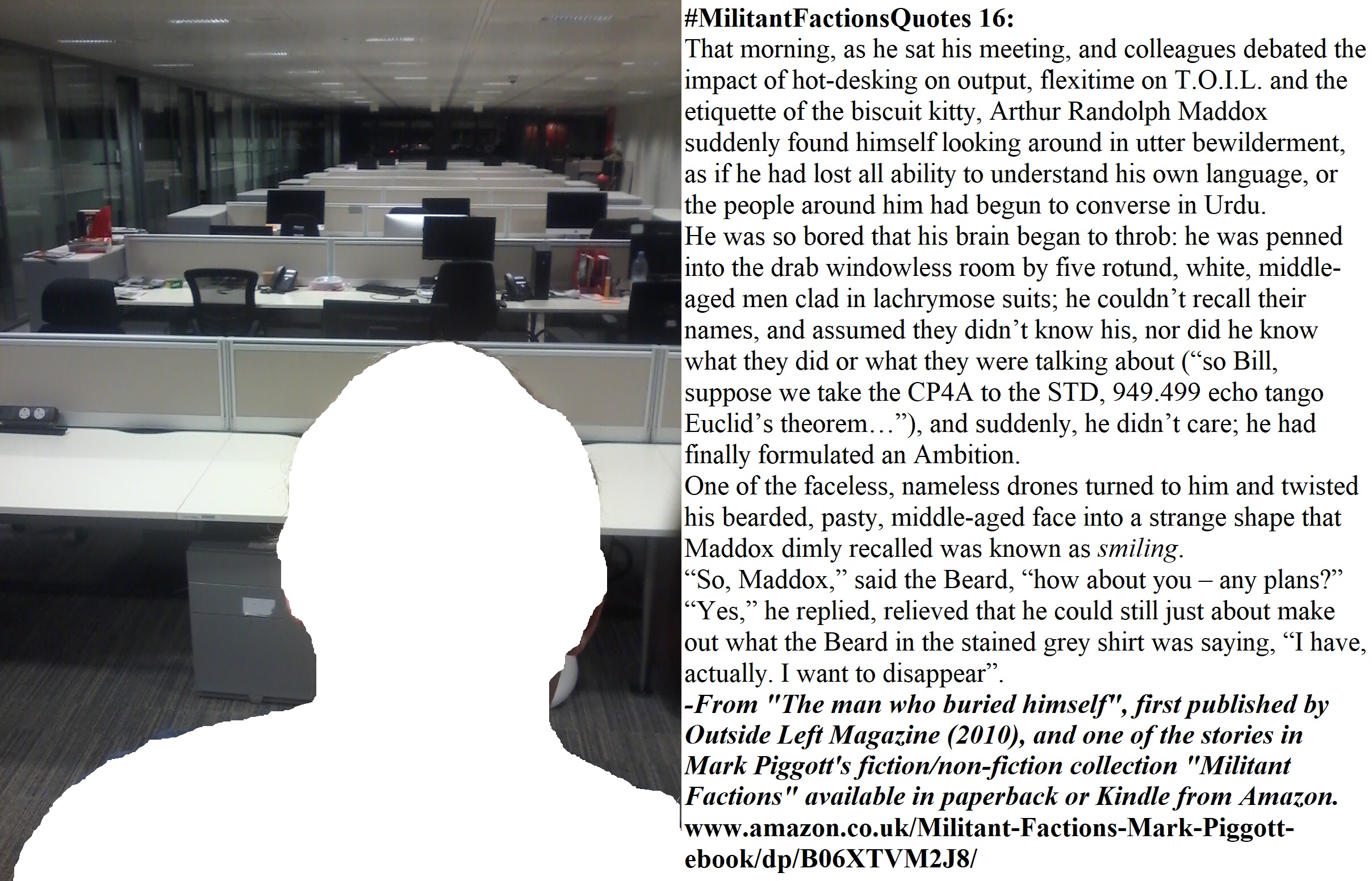 That morning, as he sat his meeting, and colleagues debated the impact of hot-desking on output, flexitime on T.O.I.L. and the etiquette of the biscuit kitty, Arthur Randolph Maddox suddenly found himself looking around in utter bewilderment, as if he had lost all ability to understand his own language, or the people around him had begun to converse in Urdu.

He was so bored that his brain began to throb: he was penned into the drab windowless room by five rotund, white, middle-aged men clad in lachrymose suits; he couldn’t recall their names, and assumed they didn’t know his, nor did he know what they did or what they were talking about (“so Bill, suppose we take the CP4A to the STD, 949.499 echo tango Euclid’s theorem…”), and suddenly, he didn’t care; he had finally formulated an Ambition.

One of the faceless, nameless drones turned to him and twisted his bearded, pasty, middle-aged face into a strange shape that Maddox dimly recalled was known as smiling.

“Yes,” he replied, relieved that he could still just about make out what the Beard in the stained grey shirt was saying, “I have, actually. I want to disappear”.